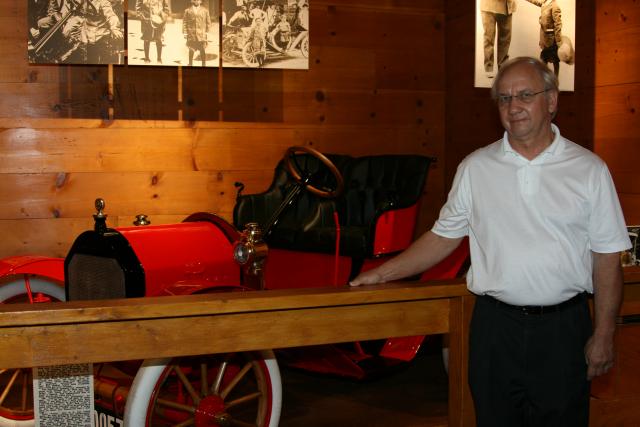 Ted Davis in front of the 1910 Brush Automobile that he and wife, Carol, restored for Tillman County Museum and Historical Society in Frederick, OK.The Brush's top will be finished soon and will be a star attraction at the Abernathy Exhibit in local museum. The Brush is like the on that Bud and Temple (age 6 & 10) drove home after their big horse ride from Frederick, Ok to New York City, NY. Upon arriving in New York City, the boys met up with Teddy Roosevelt and rode with his Rough Riders in the parade. The boys father, Jack Abernathy, bought the Brush auto and let the young boys DRIVE it home to their home near Frederick, Oklahoma. Wow...what an adventure. This is a "must see" in Frederick, Ok.